In this study of MacDonald’s major children’s novels, Lesley Willis Smith demonstrates that MacDonald is fully aware of the need to integrate the unconscious into the conscious in order to achieve mature individuation. However, for MacDonald, true maturity and fulfillment can only be gained through a relationship with God. By exploring MacDonald’s integration of major biblical themes into his own myth, Smith reveals his literary genius and profound understanding of the human psyche. Readers will appreciate Smith’s interaction with other leading scholarship and in the context of other works by MacDonald, especially those written during the same time period. Included are sixteen images from five illustrators of MacDonald’s novels: At the Back of the North Wind, The Princess and the Goblin, and The Princess and Curdie.
​
"This outstanding book is the first to look at George MacDonald’s major fantasies for children in the light of the Bible, tracing submerged references that transform our understanding of these stories. Written in a straightforward and engaging style, the book holds the reader from first to last. Its theme is the maturation of the various protagonists of the tales, seen against a larger backcloth of death, resurrection and final judgement. Lesley Smith shows how incidents from MacDonald’s personal life, often harrowing, are changed into parts of a larger holy pattern in these works. In particular she shows how the resonance of these fairy tales derives both from alchemical thought in their past, and from archetypal imagery to be described by C.G. Jung in the future. Every page of this book gives us something new or recreates the known. Above all, its humane tone gives us a MacDonald who is always immediately present, whether as wise and suffering man, or as an artist forging the new genre of fairy tale."
Colin Manlove, Author of
Scotland’s Forgotten Treasure: The Visionary Novels of George
​ MacDonald

"In The Downstretched Hand, Lesley Willis Smith employs Jungian psychology, historical context, and Biblical themes and images to interpret MacDonald’s three best-known children’s fantasies as maturation stories dramatizing the social, emotional and spiritual growth of their protagonists. Smith analyzes each text repeatedly from different perspectives—a treatment rather like putting different filters over the same great photograph—to produce detailed and multi-layered readings that are yet unified, lucid and harmonious, Smith’s book leaves a reader awed, both by MacDonald’s genius as a religious fantasist and by Smith’s skill as a literary exegete."
​Bonnie Gaarden,
Author of The Christian Goddess: Archetype and Theology in the
Fantasies of George MacDonald
​
"Smith's easy facility with MacDonald’s primary source material – the biblical text –illumines the careful crafting of these deceptively profound tales. Her thought-provoking analyses and insights will encourage further scholarship and dialogue."
​Kirstin Jeffrey Johnson,
Co-Editor of Informing the Inklings: George MacDonald and the Victorian       Roots of Modern Fantasy

ABOUT THE AUTHOR
Lesley Willis Smith has a PhD in English Literature from the University of Alberta, Canada and was on the English faculty of the University of Guelph, Ontario, for many years, specializing in the 19th century novel and children’s literature. She is currently a private scholar living in Canterbury, England.
Lesley Willis Smith
Then he crept out into the yard, through the door in the wall, and away to the primrose. Behind it stood North Wind, leaning over it, and looking at the flower as if she had been its mother.
​
“Come along,” she said, jumping up and holding out her hand.
​
Diamond took her hand. It was cold, but so pleasant and full of life, it was better than warm. She led him across the garden. With one bound she was on the top of the wall. Diamond was left at the foot.
​
“Stop, stop!” he cried. “Please, I can’t jump like that.”
​
“You don’t try” said North Wind, who from the top looked down a foot taller than before.
​
“Give me your hand again, and I will try” said Diamond. 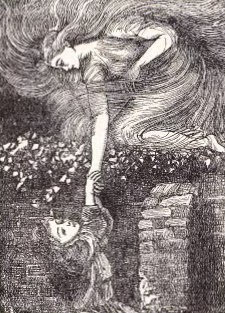 "Help cannot come to one made in the image of God save in the obedient effort of what life and power are in him. For God is action. In such effort alone is it possible for need to encounter help. It is the upstretched that meets the downstretched hand.
​
George MacDonald, "A Sketch of Individual Development" 1890​ 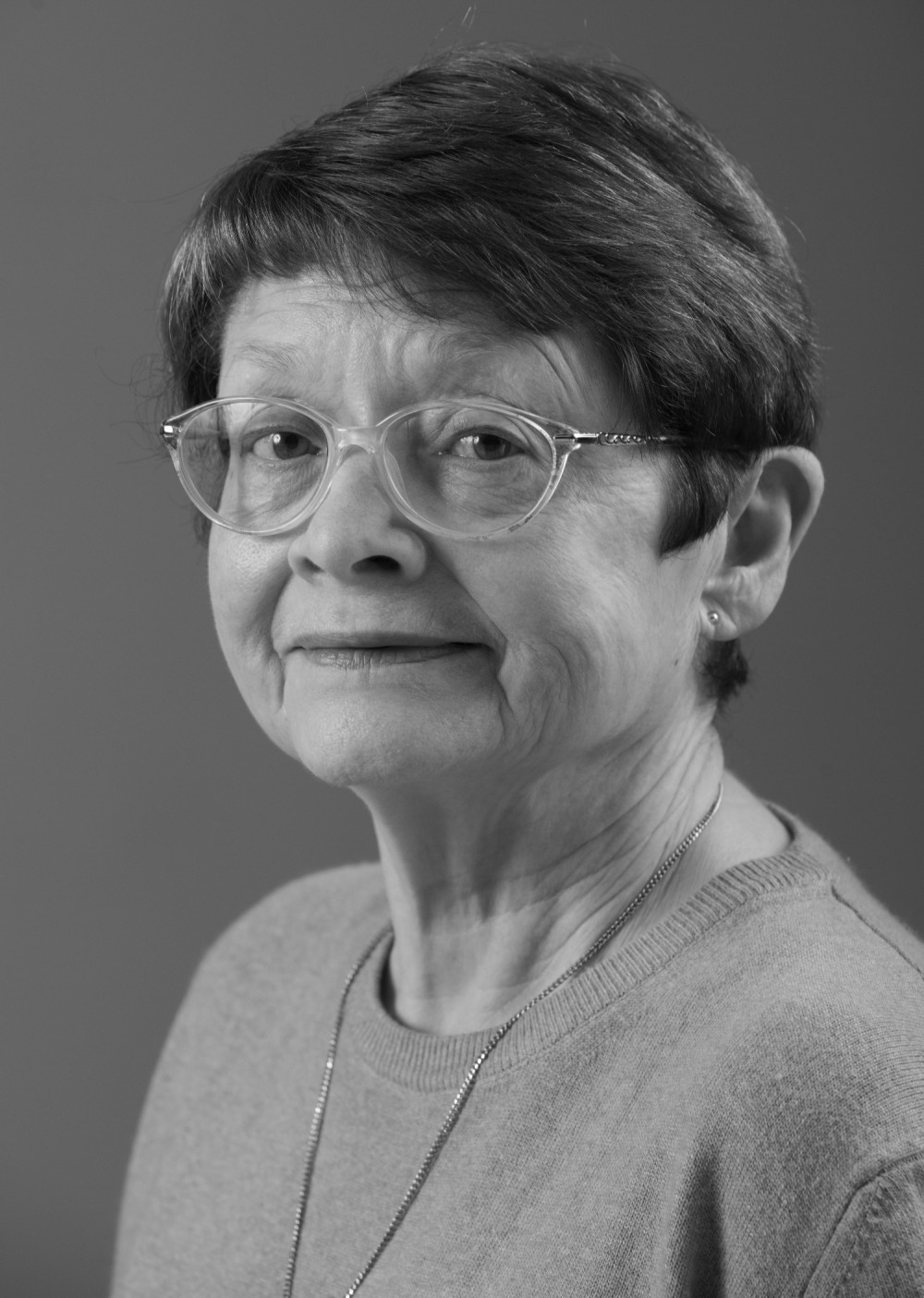 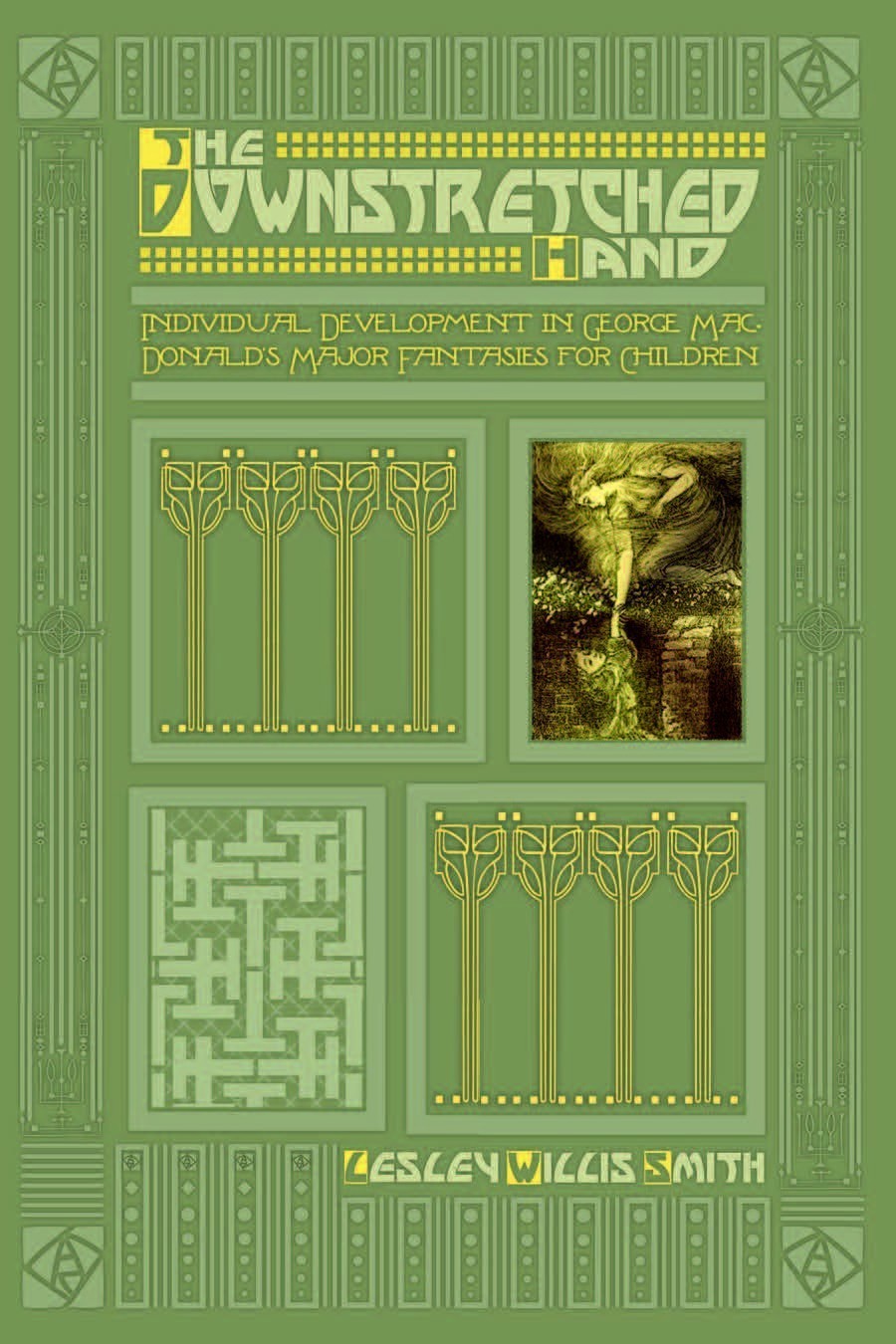