Will Vaus is the president of Will Vaus Ministries, through which he has creatively communicated the love of Christ around the world since 1988. He is a popular speaker at schools, churches and conferences and the author of the many books, including:

​​Sheldon Vanauken:
The Man who received a Severe Mercy

Speaking of Jack:
A C.S. Lewis Discussion Guide
​
Keys To Growth:
​Meditations on The Acts of the Apostles
​
God’s Love Letter:
Meditations on I John

Open Before Christmas
Devotional Thoughts for the Holiday Season

Mere Theology:
A Guide to the Thought of C. S. Lewis

The Professor of Narnia:
The C. S. Lewis Story

Joel D. Heck
​​Table of Contents
Introduction
​​Section I Side by Side Friends
​Chapter 1
Alan Richard Griffiths,
Chapter 2
Hugo Dyson, A Roaring Cataract of Nonsense
Chapter 3
Austin Farrer, A Hawk among Sparrows
Chapter 4
Arthur Greeves, No Ordinary Person
Chapter 5
Janie Moore, The ‘Mother’ of C. S Lewis
Chapter 6
Warren Hamilton Lewis, His Brother’s Brother
Chapter 7
Sister Penelope, Elder Sister in the Faith
Chapter 8
R. E. Havard, Lewis Family Physician
Chapter 9
A. K. Hamilton Jenkin, The Cornwall Enthusiast
​
Section II - Opponents, But Friends
Chapter 10
Arthur C. Clarke, Lewis, & Science Fiction
Chapter 11
Harry Weldon and the Resurrection
Chapter 12
C. E. M. Joad, Agnostic, Intellectual Scallywag
Chapter 13
J. B. S. Haldane, AKA Edward Rolles Weston
Chapter 14
Alec Vidler: C.S. Lewis was his Permanent Opposition
Section III -
​Co-Workers and Fellow Pilgrims
Chapter 15
Stella Aldwinckle, Atheists, and Agnostics
Chapter 16
Nan Dunbar, Statius, and C. S. Lewis
Chapter 17
Muriel Bradbrook, C. S. Lewis, & Shakespeare
Chapter 18
Derek Stanley Brewer and C. S. Lewis
Chapter 19
F. C. Bryan and the Oxford Socratic Club
Chapter 20
Mary Shelley and Progressive Schools
Chapter 21
Maureen Moore, Baronetess of Hempriggs
Advance Praise for No Ordinary People
​
​"When we think of C. S. Lewis, many pictures come to mind: Lewis the creator of Narnia and deep space, Lewis the indefatigable Christian philosopher and "bonny fighter" for the faith, Lewis the erudite historian of medieval and Renaissance literature, Lewis the lover of long walks and nude bathing; yet no picture of Lewis is complete without Lewis the friend. He was a genius at friendship, as well as a gifted interpreter of the moral psychology of friendship, and his friendships reached beyond the delights of the Inklings fellowship. In introducing us to the larger constellation of Lewis's friendships – male and female, celebrated and little known, likeminded and worlds apart – Joel Heck has performed the great service of making us all better friends of C. S. Lewis.
Carol Zaleski, Co-author with Philip Zaleski of The Fellowship: The Literary Lives of the Inklings: J.R.R. Tolkien, C. S. Lewis, Owen Barfield, Charles Williams
​
"It’s true: we are known by the company we keep, and these taut, clear, informative character sketches provide significant insight into C. S. Lewis while at the same time offering a window into essential details of Lewis’s world. Joel Heck has produced a resource that I expect to consult again and again. Indispensable."
Diana Pavlac Glyer, Professor, The Honors College at Azusa Pacific University and Author of The Company They Keep and Bandersnatch: C. S. Lewis, J. R. R. Tolkien, and the Creative Collaboration of the Inklings
​
As a young atheist, C. S. Lewis mightily resisted John Donne’s maxim, “No man is an island,” asserting his “monstrous individualism” and his hatred of “interference,” both human and divine. Yet God drew Lewis out of himself through experience, books, and many friends. This insightful study explores twenty-one of the friendships that supported and challenged Lewis, as he recovered faith and turned his prodigious talents to its exposition and defense.
Angus Menuge, Ph.D, Professor and Chair of Philosophy, Concordia University. Co-editor, The Inherence of Human Dignity, vol 1: Foundations of Human Dignity.
​
Joel Heck has penned the book I wish I had written, and given his almost encyclopedic knowledge of all things Lewisian, he has done it very well indeed. Along the way, Heck fills in some aspects of Lewis’s career that have been, hitherto, little known or written about, such as the fact that Lewis served as the General Editor of Thomas Nelson’s Medieval and Renaissance Library. However, the major value of the book is seen in its focus on some of Lewis’s lesser-known friendships, revealing how each of these enriched Lewis as a man and as a scholar. The chapters on Austin Farrer and Alec Vidler alone are worth the price of the book. Heck’s work also functions as an excellent rehabilitation of the classical idea of friendship itself and shows us how such friendship is possible even in the modern world. To top it all off, Heck has illustrated the book with delightful photographs, some seldom if ever seen in other books on Lewis. Well done!
Will Vaus, Pastor & Author of The Hidden Story of Narnia
​
While some of C.S. Lewis’s acquaintances are well-known names that carry their own glowing legacies, there are many others who have become lost in Lewis’s shadow over time. Joel D. Heck has done a great service in spotlighting these names in his book, often using obscure and unpublished sources to give each individual their own story. This work is a gift to future Lewis scholarship, and to all those interested in the people who inspired, encouraged, and challenged Lewis in his daily life and work.
Laura Schmidt, Archivist
Marion E. Wade Center
​
Joel Heck’s No Ordinary People is no ordinary book. Readers will be treated to thoughtful discussions of 21 people and how he or she engaged with Lewis. In the end, we come away with a broader and more nuanced understanding of Lewis’s many friends and how each influenced the most popular Christian writer of the 20th century.
Don King, Author of The Complete Poems of C.S. :Lewis 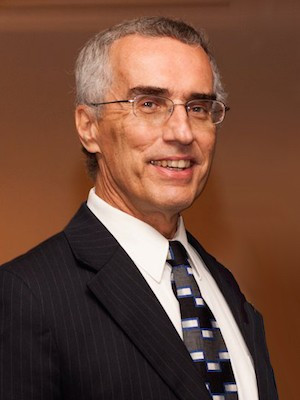 Book Description
​
​C. S. Lewis believed that our dealings with others have eternal importance, emphasizing that we are always helping one another toward perfection or destruction. He wrote, "There are no ordinary people." Joel Heck, author of several books about C.S. Lewis and creator of the internet database "Chronologically C.S. Lewis," has tracked Lewis's life and thought in amazing detail. In NO ORDINARY PEOPLE, he explores 21 friendships divided into three categories: Side-by-Side Friends, Opponents, But Friends, Co-Workers and Fellow Pilgrims. In these fascinating vignettes, even the most seasoned scholar will discover a wealth of new information. Impeccably researched, and including over 50 photographs, this book has a unique place next to Lewis biographies.
No Ordinary People
order from Barnes & Noble
​$19.50 410 PAGES / 56 PHOTOS
free shipping​​
CLICK HERE​ 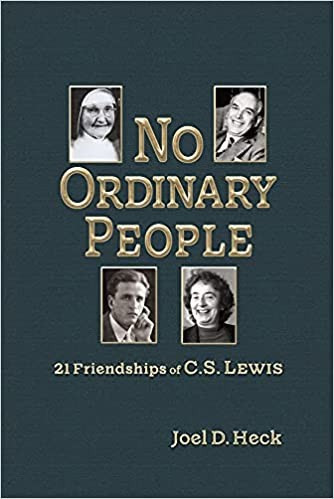